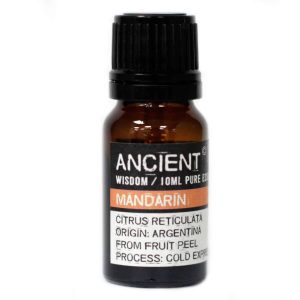 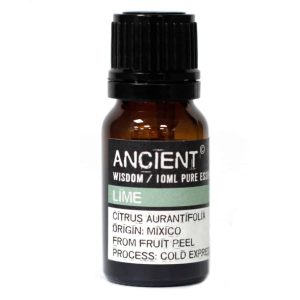 5 in stock (can be backordered)

Mandarin Essential Oil is obtained from Citrus Reticulata, by cold compression of the peel. Mandarin Petitgrain oil is also extracted in small quantities by steam distillation of the leaves and twigs. The oil is golden yellow-orange and has the aroma of a fresh orange. An entire group of citrus fruits come under the umbrella of Mandarin oranges, including Satsuma, Clementine, Dancy, Honey, Pixie, and tangerines.

This oil is very gentle and is hence said to be used for treating even children and pregnant women, one of the few oils to be used this way. With its tonic and stimulating effect on both the stomach and the liver it is helpful for digestive problems. Mandarin oil is also useful for treating acne, oily skin, and spots. It is supposed to help ease problems such as fluid retention and obesity as well. The oil, diluted around 1-2% in a carrier oil, is massaged gently on a child's tummy to relieve a tummy ache. A few drops in the bath calms hyperactive children. Used in an oil burner, it dispels depression and relieves anxiety.

The Mandarin oranges are so called because they were traditionally offered as gifts to the mandarins of China. In France, the Mandarin is considered a safe remedy to treat indigestion in children, and for the elderly as it helps strengthen the digestive system and the liver. Native to Southern China and the Far East, the Mandarin orange was brought to Europe in 1805 and to America in 1845.