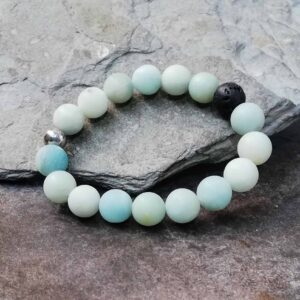 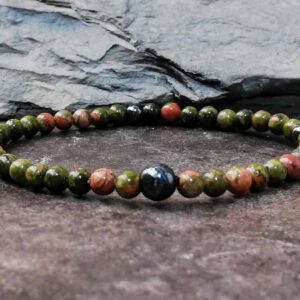 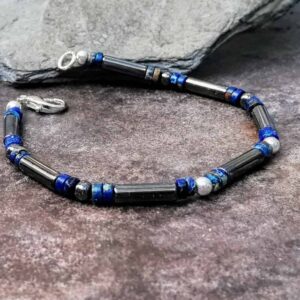 5 in stock (can be backordered)

Amazonite – This is a gemstone that has been used and adored for centuries. In fact, it is believed to have been used as far back as the 10th century BC.

As you can imagine from the name, it is said to have been used by the ancient Amazonians to adorn their shields and heal wounds from fighting.

The stone is steeped in history and has been found in treasures, decorating amulets and was also found on jewellery discovered in the tomb of Tutankhamen.

It has been thought of as a symbol of fertility and good luck, has calming abilities and gives the wearer self awareness. In fact there are many, many beliefs for this beautiful ancient gem which all point to it be a very powerful and useful gem for you to own.

Lava Stone – Is a well-known grounding and calming stone. It’s energetic properties are said to give courage and strength and the stability to handle change.

Our range of diffusers all include at least one lava stone which is ideal as an essential oils diffuser.

Lava stone is genuine lava from the magma of erupted volcanoes. It has a naturally rough surface and is porous.

You can use this bracelet with you favourite essential oils as an aromatherapy diffuser. To found out how click here – https://www.soelbeads.co.uk/how-to-use-aromatherapy-diffuser-bracelets/