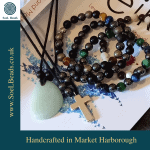 Attunement Day and Beyond…..

I had it, my reiki level 1 attunement, the day I was opened up and tuned in to the energy, my first real step to getting my Jedi powers! Not really and I have to be careful as some people in the ‘Circle’ don’t like us calling it that.

If you’re still not sure what reiki is then here’s an edited description written by my own Reiki Master Teacher Fay Johnstone.

“Reiki is an enlightened system of using life force energy, (energy that flows through all living things), to promote healing of yourself and others. The most common way Reiki is referred to is ‘Universal Life Energy’, describing the energy that flows through us and gives us life. This is also know as ‘Ki’ in Japan, ‘Chi’ in China and ‘Prana’ in India. Acupuncture, T’ai Chi and Yoga are also based on the free flow of this energy around our body.

It’s important to understand that Reiki is not a religion! It has been used by practitioners of Christianity, Buddhism, Shintoism, Hinduism and Islam. It’s is a spiritual practice that compliments any faith as a hands on healing practice. It should be approached with love, dedication and commitment to help transform lives for the better.

Reiki is passed on from Teacher to student in the form of an attunement to connect the student with reiki energy, (tune them in)”.

There you go, your lesson for the day.

So back to it. I had my attunement on the 14th of June. Out of respect for my teacher and the practice I wont go into full detail of how it was done, but I can assure you it was something amazing!

I then enter what is know as the 21 day cleansing cycle. This is when basically my body is getting used to this new, or awakened energy flowing through me and kicks out all the crap, a bit like detox, and let me assure you that I can feel it. Again I won’t go into exact details as everyone will have different feelings and experiences during this time.

I’ve also joined quite a few Reiki groups on Facebook and I should just say, everyone has been fantastic. I have asked more than my fair share of questions and every single response has been excellent, there’s definitely no ego’s there and you know that everyone is there for the same reason and want to support each other, it’s a lovely community.

These last couple of weeks I’ve mainly been meditating and asking too many questions…..and of course working.

I’m going through a lot of self doubt of will I be able to use the energy, will people feel it, will they think I’m a fraud etc, which I’m assured is normal, apparently it’s the human ego putting doubt in the mind because being the way we are, we find it difficult to believe that something higher than ourselves can exist.

I’ve thought about this a lot over the years and it crops up most days in my work. My main business is based around designing and making jewellery using gemstones for healing and wellness and I explain a lot about the vibrations and energy of crystals. It is amazing how many people dismiss the idea of crystals being able to connect to the body, even when I explain about atoms, vibrations, energy etc, I mean this stuff isn’t new, it’s been used for thousands of years. It’s just that we as a race have become so reliant on technology that we seem to dismiss something if we can’t rule it.

Anyway, my apologies I digress once again. As with anything, experience is the key. It is all well and good doing meditation, reading books and talking the talk but eventually I would have to actually perform reiki on a real breathing person, and this brings us onto the wooop part of this tale.

When I was putting our daughter Liv to bed on the Tuesday night she asked to do a meditation with me, so we just did gassho and recited the reiki principles which she really enjoyed.
Later she was crying in bed with the growing pains she’s been having, but this time instead of medicine, she asked for magic, her name for my reiki…… well talk about being put under pressure……as the ever doting dad in need of looking like a hero I sprung into action, I did a scan and called upon reiki etc and about 5 – 10 mins later she had stopped crying and was fast asleep, I’m going to call it miraculous. This morning she was telling mum all about it, and I set about searching for a Superman tee shirt.

Of course it was a great experience but self doubt was still nagging that it was just a coincidence, she was tired anyway etc etc you know how it is.

The next night, Wednesday, I decided that I needed to practice on a grown up and Laura was around somewhere and because if anyone will say I’m doing it wrong, well you know………😏 So I set the scene, dimmed lights, incense burning, meditation music softly playing and thus we began. All I’ll say is that it WORKED! I felt my energy, I felt different energy in different points of her body and best of all, she said it was unbelievable. She isn’t a doubter or a sceptic, she just wouldn’t rush out to have these treatments so it was an honest assessment.
She described the colours swirling in her mind, tingling sensations, how hot my hands were but then how they were cold near her face….. I was over the moon. She also advised me not to press so hard at times, guess what? You’re right, I didn’t actually touch her at all throughout. That was around the lower throat chakra upper heart where she felt warmest and the colours were most intense.

I’m sooooo happy and it gave me the confidence boost I needed.

I’ve done it a few more times since then and each time has been different, it’s always magical just sometimes more intense than others. In fact the night of the summer solstice my reiki was on FIRE!!!!!! It was so intense and doing reiki on myself, then Laura and Liv was an amazing experience, the colours were flying around and it felt like I was conducting a symphony in Fantasia.

It is both uplifting and humbling at the same time.

I will soon be moving onto practicing on people outside of my family which is quite daunting, keep an eye out and I’ll update you here.

Thanks for reading through.